A Room of Opportunity – Dialogic pedagogy with Dr Ingunn Ness 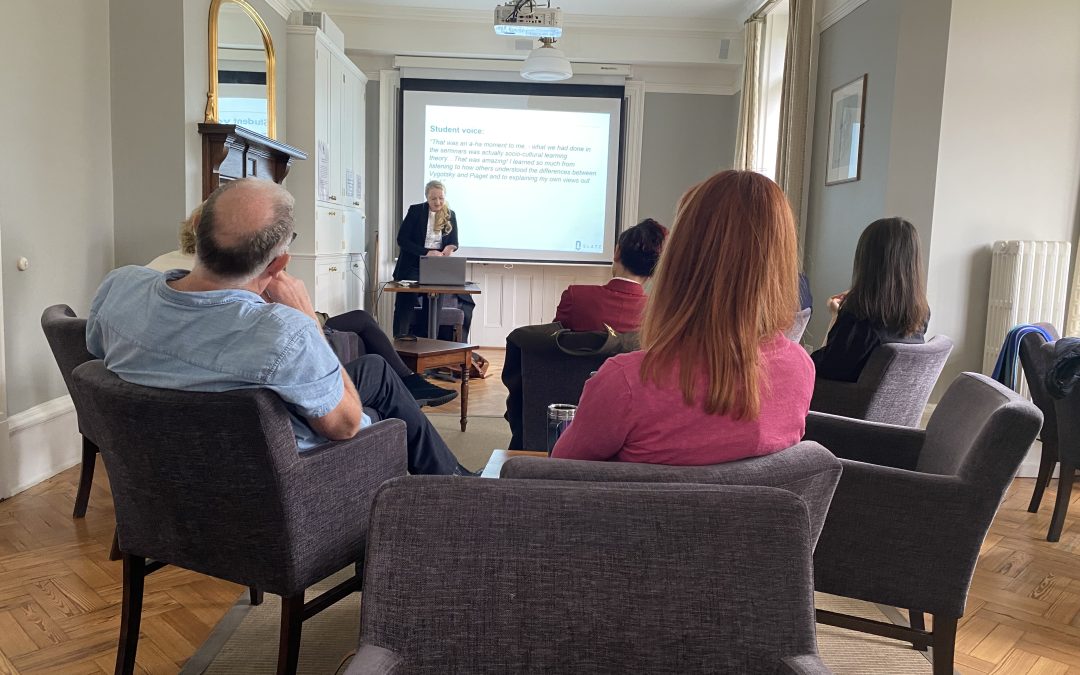 Students and fellows from Hughes Hall and the University of Cambridge gathered in May 2022 to hear from Ingunn Johanne Ness, Senior Researcher and Cluster Leader at SLATE, the Centre for the Sciences of Learning & Technology, at the University of Bergen, Norway.

Dr Ness visited Cambridge for a month and took time from her schedule to present:

Teaching – A room of opportunity – Polyphony and Creative Knowledge processes in the classroom and higher education.

Although Dr Ness joked that the title “was meant to be catchy,” it was clear that she would be covering a lot of territory in her presentation.

Genevieve Smith-Nunes, PhD student and DEFI media advisor, introduced Dr Ness, pointing out her expertise on many aspects of creativity and reflexivity. Indeed, Dr Ness is the leader of theme on Creativity, Learning and Technology at SLATE and sees creativity as an important skill for the future. 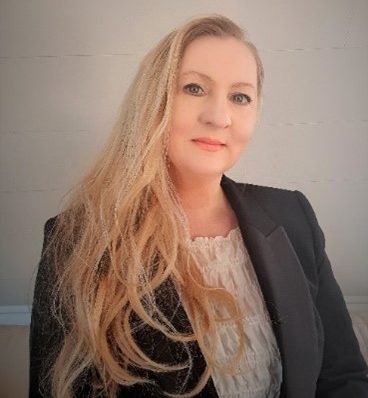 Keep reading! A copy of Dr Ness’ presentation is available at the end of this post.

Dr Ness is also a co-editor and contributor to the new book, Dialogic Pedagogy, Creativity, and Learning –along with DEFI founder Rupert Wegerif.

The main editor of the book is Olga Dysthe, pictured below receiving the King’s Medal of Merit for her work on dialogue. 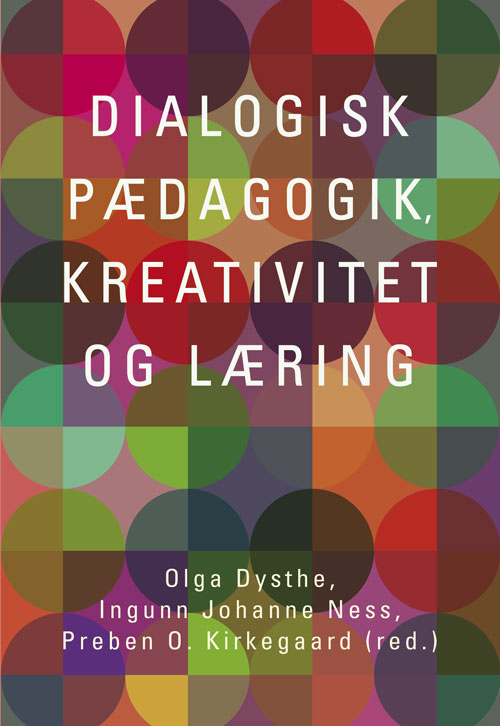 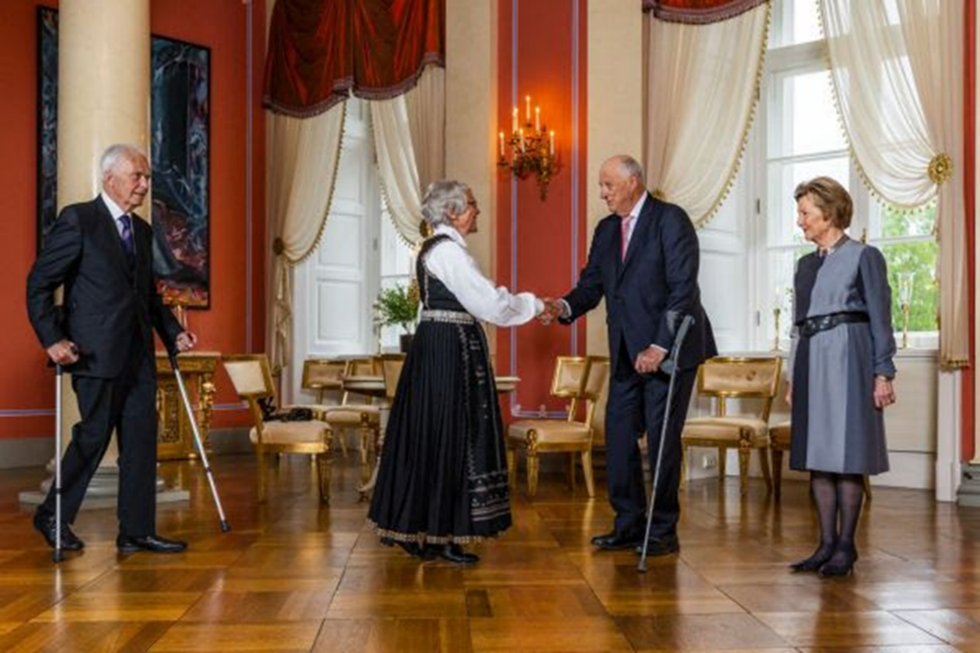 Preparing for an uncertain future

Dr Ness started her presentation by stating that “one of the main purposes of an education system is to prepare students for an (uncertain) future. This was music to the ears of a DEFI audience, as it matches a key idea from our recently-published DEFI Future Skills report – the perception that the uncertainty will affect life in the future more so than in the past.

According to Dr Ness, the curricula in Norway has been updated to address this challenge, with creativity, collaboration and communication skills emphasised. However, she then pointed out a key question and the driver behind her research: In order to teach for creativity, we first need to know: what is creativity? 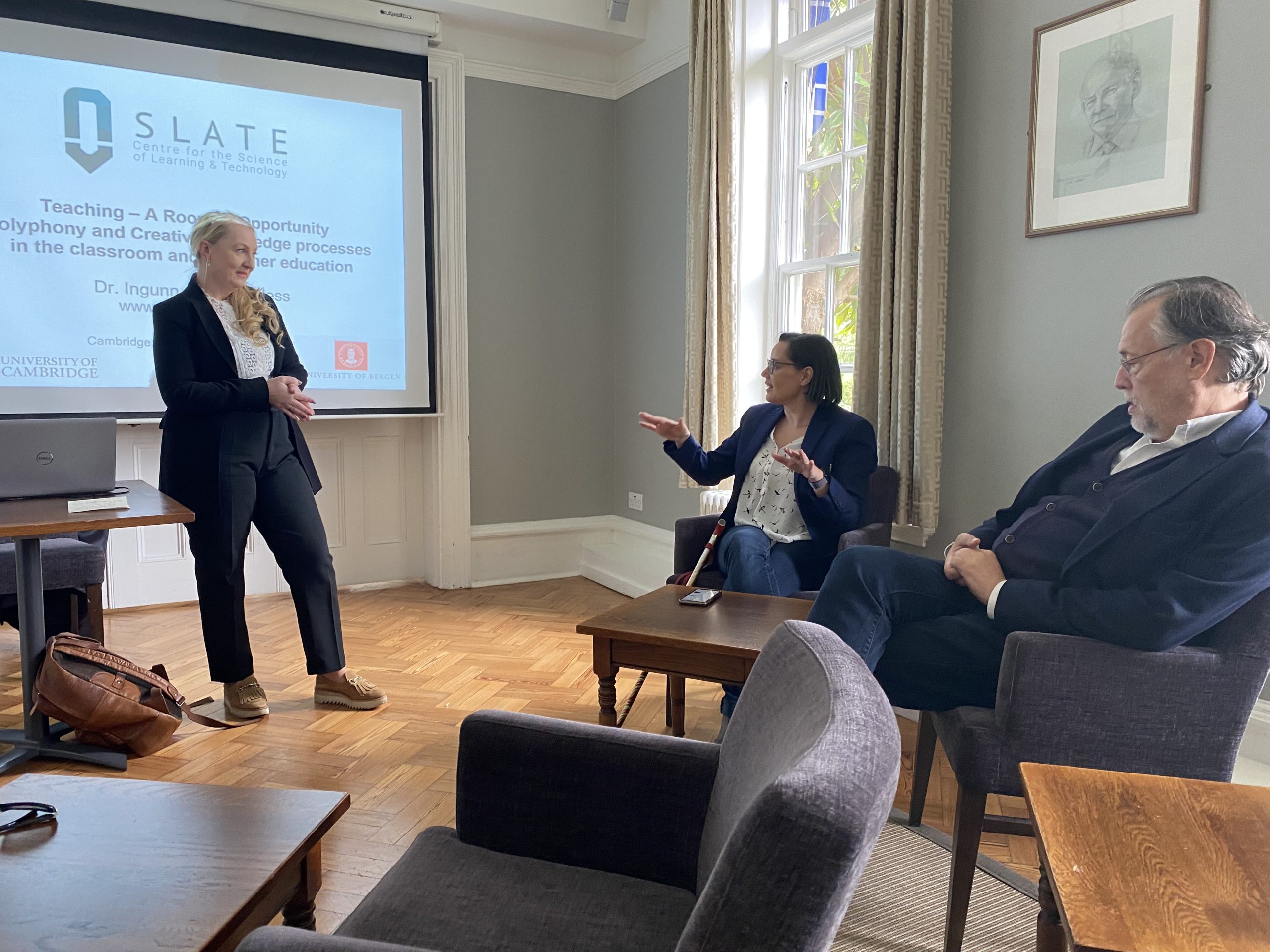 She went on to break down creativity into “Little c” – personal, “what if” breakthroughs – and “Big C,” which includes major, society-level breakthroughs. Dr Ness would like to see young learners encouraged to explore their little C creativity, so that they can generate Big C ideas later on.

As she continued reflecting on creativity, Dr Ness highlighted a tendency to distinguish between artistic creativity and scientific creativity, despite the underlying similarity. While acknowledging that creativity can differ across groups and domains, Dr Ness contends that Einstein and Picasso would have had nearly identical psychological processes!

Ceativity is to create something new. And, we need disciplinary knowledge to have new ideas which we can be creative about.
Dr Ingunn Johanne Ness

Creativity has been seen to have links to individual intelligence and openness, but another view sees it as a social process, said Ness, citing Mercer’s statement (2010) that “collaborative creativity is a shared knowledge construction.”

Neil Mercer (shown here) is well-known to her audience, being both an Emeritus Professor with the Faculty of Education and a Life Fellow at Hughes Hall.

She also cited Bakhtin’s theories on dialogue and polyphony (multiple, simultaneous voices with no dominating voice, bringing different points of view), which combine to place an emphasis on social interaction through dialogic teaching.

As Dr Ness took us into the work behind “The Room of Opportunity,” her passion for the topic shone through. In fact, she admitted that she collected more data than was necessary, as she was so excited to observe and capture the work being done by the study groups.

Her study looked at 6 phases of group work, which can allow the group to move from a challenge or need through to a solution. As seen in the graphic below, the first three phases combine to build the knowledge platform, fulfilling the need for disciplinary knowledge which Ness referred to in her thoughts on creativity.

The second half of her model is where the ideas are developed. And yet, Ness identified that it is the three central phases – Polyphony, imagination, idea formulation – which form the “Room of Opportunity.” This metaphorical room is where groups can spend time, moving through the two or three of the phases repeatedly, while the creative process generates ideas that may lead to a solution. 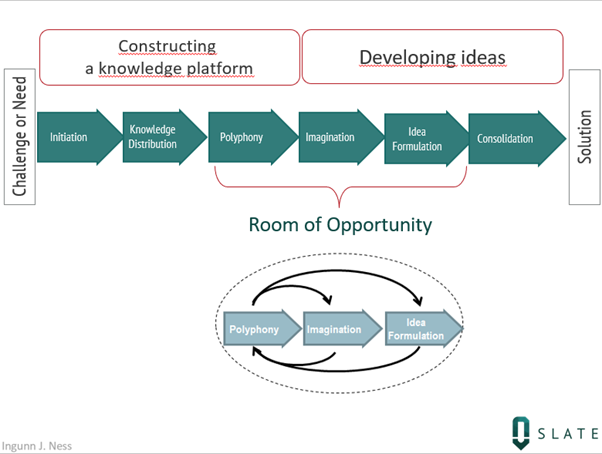 In her next study, Ness returned to the same model, but explored the prerequisites for groups wanting to construct the knowledge platform. Or, as she put it, the requirements to enter the Room of Opportunity.

Quite simply, groups wanting work together and build knowledge will need to have openness, curiosity, respect, trust and psychological safety. Ness used Kahn’s (1990) definition of psychological safety as “to feel safe in the team and not afraid to contribute,” then simplified this further to “not afraid of asking silly questions.”

In her third study, Ness stepped away from the six-phase model to look at how creative knowledge processes are facilitated. Her first observation was that imagination and creativity are stimulated by tension, both between disciplines and group members.

Therefore, she outlined four complementary roles in group dynamics that, when balanced across the activity, can create useful tension and facilitate creative thinking.

With these three studies complete amongst groups of colleagues, it was time to take these learnings from professional development settings and see if they could be applied to student groups. Specifically, could a phase model be used in pedagogy, to allow different student voices to be heard with openness, curiosity, and respect, with the adult leader being able to step back and allow students to co-construct knowledge. 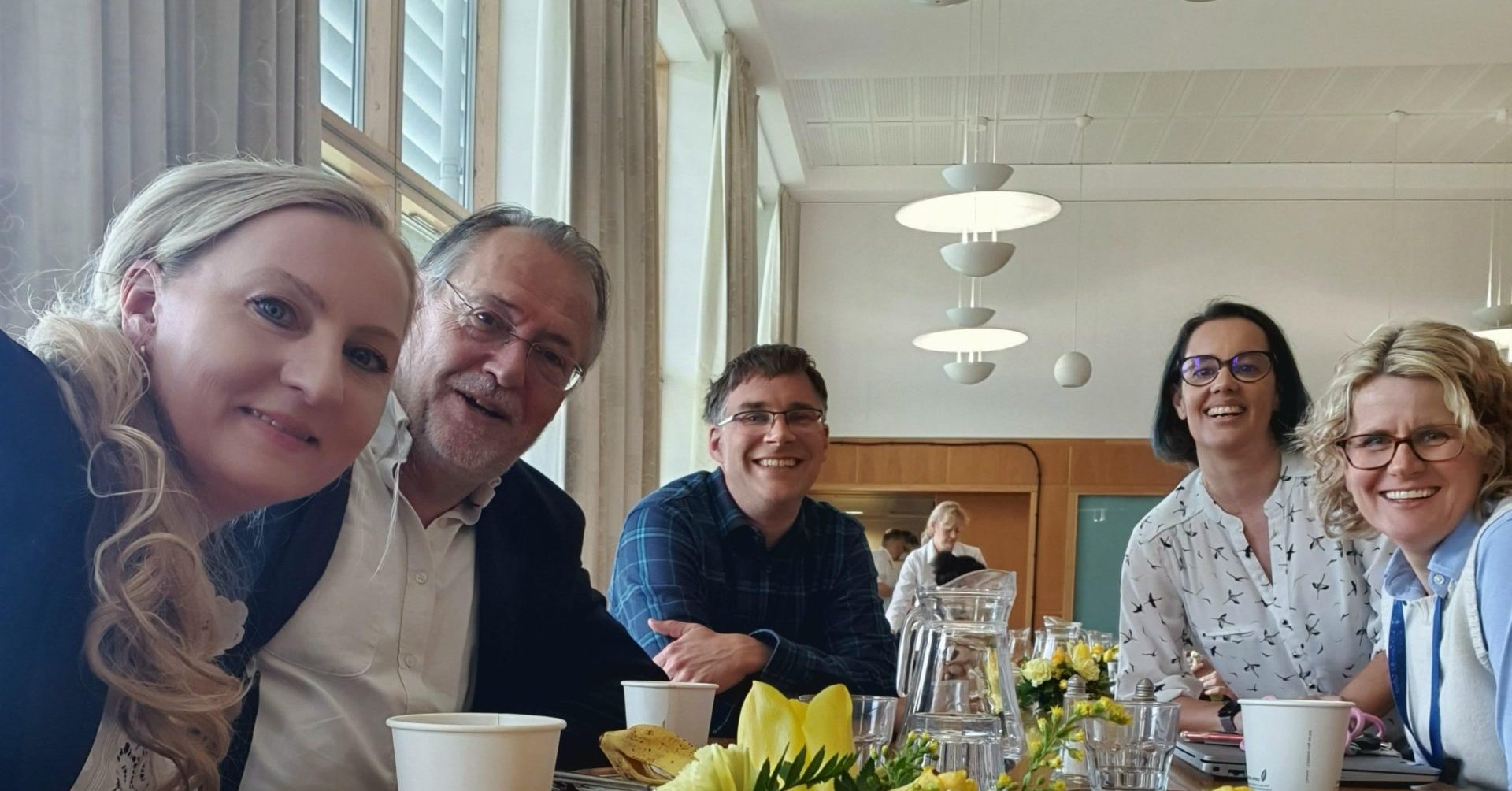 Dr Ness with a few of the DEFI team (Rupert Wegerif, Barry Fuchs, Genevieve Smith-Nunes, and Jude Hannam) after her talk

A model for student dialogue

The result of her work with students is the STEPRE model. As with the adult groups, there are six phases, but the names have largely changed. Polyphony remains, of course, and Ness explained that the polyphonic tasks allowed students to “practice creative knowledge processes” through dialogue. Polyphonic tasks also allow the teacher to practice letting go of control, which Ness pointed out is losing control of the student group. 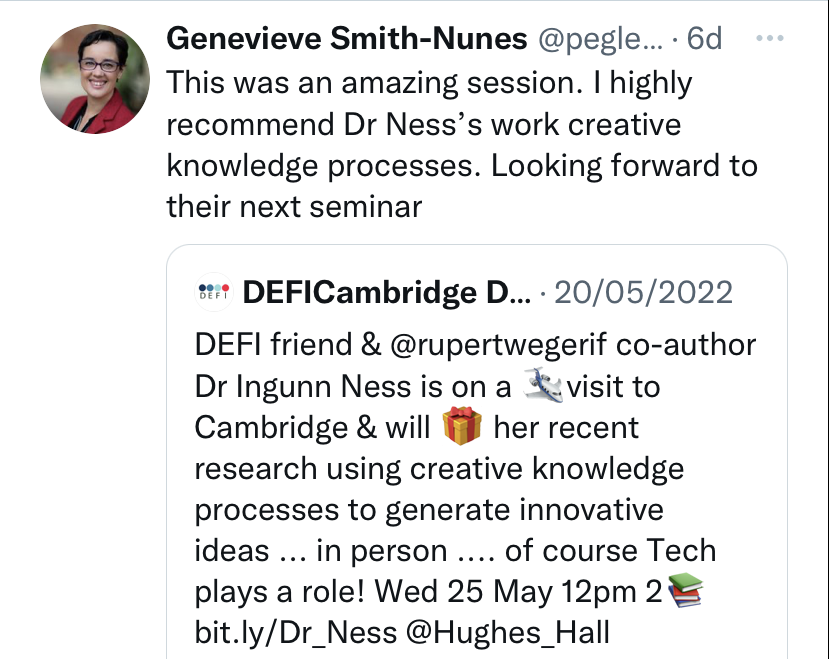 In under an hour, Dr Ness managed to take her audience through nearly 70 slides, introducing herself and Bergen, Norway, exploring the basics of creativity and future skills, then looking at her research work with both career and student groups. That she was able to explain both the foundations of her work and results of her research in such a short time is a credit to her own dialogic skills as well as her expertise of the subject matter!

Dr Ness closed by reminding the audience that her phase models are meant as inspiration and a way to structure dialogic teaching – not as a rigid model – something that she demonstrated by presenting both the six-phase model for professional groups and the STEPRE model for use in schools.

She also pointed out that education needs to provide training not just in how to engage in creative dialogue, but in how educators and group leaders can create a framework for dialogue. And finally, she mentioned another book of interest to the DEFI audience – Creative Learning in Digital and Virtual Environments.

We greatly appreciate Dr Ness’ time with our group and, as Genevieve says below, look forward to her next seminar!

Dr Ness has graciously made her presentation slides available. Click below for a PDF copy of A Room of Opportunity
Click Here

Barry manages online communications and events for DEFI. He experienced digital education through an online degree programme and has helped several organisations to create and improve their digital education offer.