The movement towards creative STEM learning

Growing from the STEM movement, STEAM acknowledges the role of the creative arts in a science and technology-focused curriculum. August is the steamiest month for many of us in the Northern hemisphere, so let’s explore how a range of educators and researchers use STEAM in the digital interplay between the sciences and the arts.

Join DEFI as we explore ways in which STEAM may stimulate the creative, trans-disciplinary thinking needed for addressing the complex challenges of the modern world.

This online event was held on Thursday, 22 July. Watch the video on YouTube 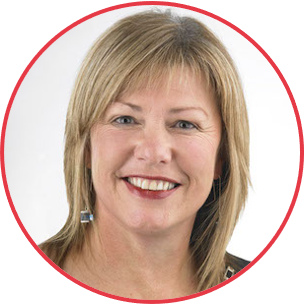 Prof. of Arts, Creativities and Educations, U. of Cambridge 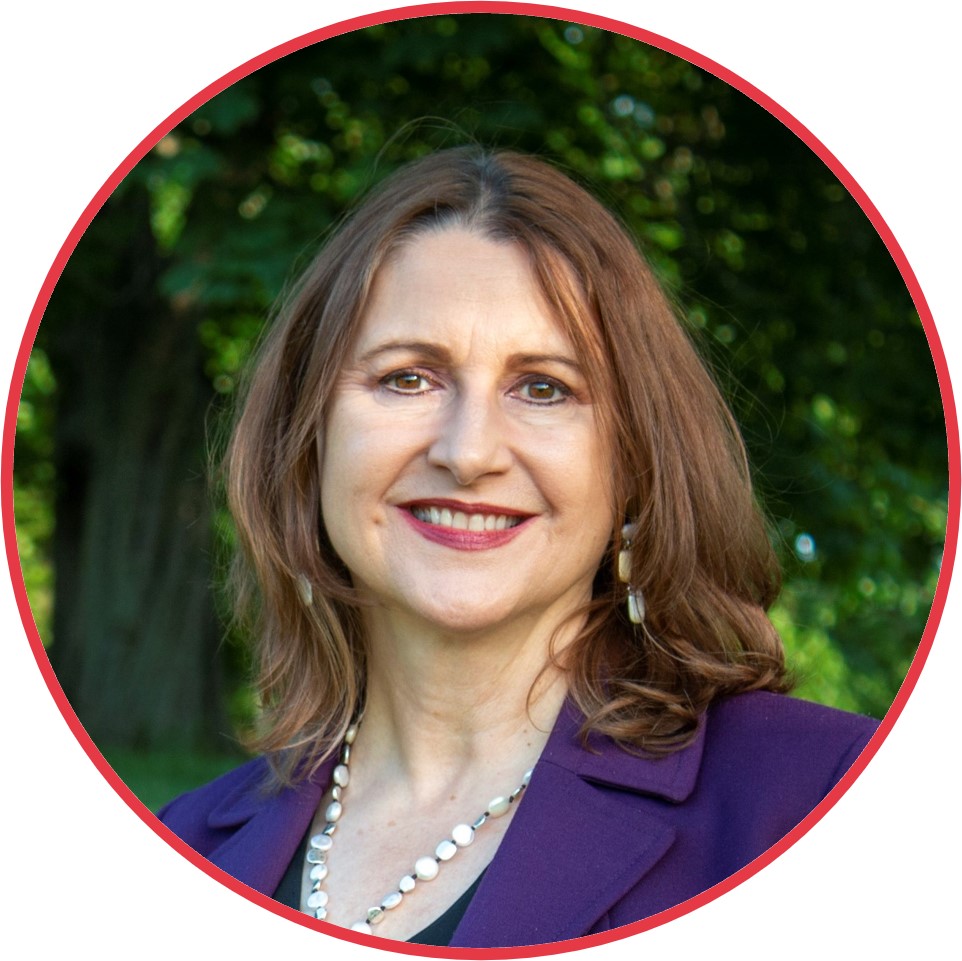 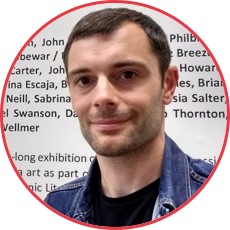 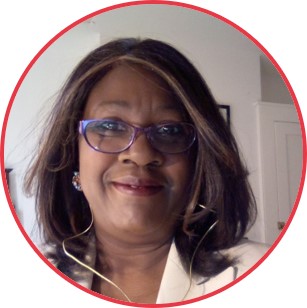 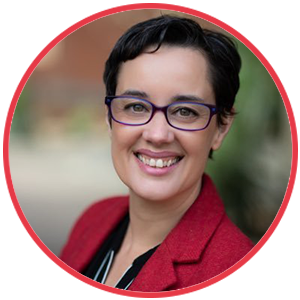 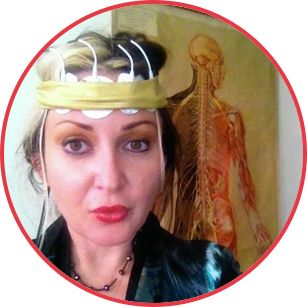 This presentation is an attempt to rethink and reposition STEAM-based education where sciences and arts are not separate or even separable endeavours, but rather combine as transdisciplinary configurations. In a world further fractured by the ongoing existential crises of the COVID-19 global pandemic and the precarity of human life on Earth, there is a pressing need to develop alternative ways of knowing and being. This presentation draws upon the efforts of artists and scientists (see Burnard and Colucci-Gray 2020) to make a case for posthumanist transdisciplinary pedagogies, seeking to bring forth collective and sustainable futures. For teachers, letting sciences and arts teach together might involve a set of negotiated co-authorings with a community of transdisciplinary teachers and learners. The learning ‘ecologies’ will produce tacit understandings, inferred practices and theoretical assumptions which can be made explicit as new forms of knowledge, new skills and new creativities (i.e. authorings of making-with modalities) that generate and diffract into new transdisciplinary practices and processes.

Rethinking their own views of why STEAM-based education – where sciences and arts are not separate or even separable endeavours – is an imperative.

Valuing the plurality of new and diverse creativities (i.e. authorings of making-with modalities) and the imperative for differentiating their assessment

Pamela chairs the Arts and Creativities Research Group and runs an online monthly seminar series called ‘Performing Research.’ She has published widely with 20 books and over 100 articles which advance the theory of multiple creativities across education sectors including early years, primary, secondary, further and higher education, through to creative and cultural industries. She is co-editor of the journal Thinking Skills and Creativity. Current funded projects include ‘Choices, Chances and Transitions around Creative Further and Higher Education’; ‘Diversifying Compositional Creativity using AI’; ‘Sculpting New Creativities in Primary Education’; and a meta-analysis of the culminative impact of ‘Contemporary Urban Musics for Inclusion Networks’ (CUMIN). She is a Fellow of the Royal Society of Arts (RSA) and the Chartered College of Teaching, UK.

Presenter: Karen Alexander, PhD, is Founder and Director of XRconnectED, which provides strategic consulting on XR adoption, educational program development, and immersive media production. Karen is an educator and community builder who is inspired by ingenuity and believes that the purpose of technology is to empower people and improve lives. Her passion for XR technologies took root in her deep experience with storytelling, literature, philosophy, art, publishing, and higher education. She received her PhD in English Literature from University College London.

Karen is a member of the Immersive Learning Research Network and a Founding Member of XR Women. She is currently working with the Virtual Dance Exchange Project, in which dance companies explore choreography for 360-degree video and other creative possibilities of technology for dance.

Who is Nia? The importance of a STEAM Curriculum

A STEAM curriculum should not be optional! Technology moves, develops, expands and learns faster than we do. STEAM with the emphasis on arts and creativity is the only way children and young people will have the capabilities to manage, develop and resist technology.

Demonstrate and embrace creativity in your practice – social constructionism

Educators and their young people should be having FUN

Donna is an educator in formal and non formal environments. A serial volunteer, she has worked to bring low cost computing and creative fun to many children and young people. Donna is now focused on international development and education, especially around climate-related disrupted education. She is interested in exploring what role STEAM may play to limit the adverse impacts in low/middle income countries.

Contemporary popular discourse around digital art centres frequently on its technical realisation, such as when employing VR interfaces or generative ‘AI’ tools like GPT-3, and more recently has variously celebrated or derided its latest modes of distribution and renumeration, in the form of blockchain-enabled marketplaces. Such discourse, however, often has little to say about the expressive and conceptual qualities of the artwork itself, beyond catalysing novel, entertaining experiences, or inspiring reflexive questions about the current state and future potentials of digital technology, or invoking perennial debates around the relationship between human and machinic creativity. With reference to Carter’s own artistic practice, this presentation will re-emphasise the value of digital art for engaging complex, important issues that go beyond digital technology alone, such as climate change and ecological degradation, while acknowledging also some of its limitations here. It will then close with an instance of how Carter is integrating digital art into his teaching practices—simplifying the necessary technical logistics to help make space for more sophisticated reflections and depictions.

A renewed appreciation of how digital art can engage issues beyond discussions around the current state and future potentials of computing technology.

Insights into the role of experimental practice for inspiring students to adopt more creative outlooks in their work.

An example of practice from the Digital Storytelling module on the BA Digital Media degree at the University of Roehampton.

Richard is interested in examining questions and issues concerning more-than-human agency within digital art and literature – considering how these generate insights into what it means to perceive, to articulate, and to act within the world. Carter’s research is embedded within his artistic practice, developing art objects that meditate on the potentialities of sensing, knowing, and writing at the intersection between human and machinic actors.

Pre-session: Into the rose garden: A brainwave-triggered immersive spatiotemporal artwork 'Into the Rose Garden' involving GenieMo - a volumetric capture system.

Into the rose garden’ fuses mixed media, Cyberculture, Psychophysics, hauntology, computer science, neurofeedback & the virtual through research, practice, exhibition, and theory, originally conceived as a networked performance installation, inspired by the poem ‘Burnt Norton’ by TS Eliot and the pioneering artist Alvin Lucier who performed the first recorded EEG driven artwork ‘Music for solo performer’ in public in 1965, assisted by John Cage. “Other echoes
Inhabit the garden.
Shall we follow?” – TS Elliot

As Playlabz Artist in residence working with their prototype I describe making art exploring a nostalgic yearning for a presence and immediacy that never has existed and never will. I experimented with streaming live cognitive EEG feeds, involving poetic & performative symbols of infinitudes enabled over a network through open-source software OBS, GenieMo, and Kinect 4 camera with Lidar lens.

How neurofeedback may be intelligently and ethically worn / shown / shared in social media, art and communications.

Luciana Haill is a British female artist exploring altered states of consciousness, lucid dreaming, memory, hauntology and nostalgia. She pioneers the use of brainwave monitoring in artworks fusing digital media, volumetric video, augmented reality, performance, drawing, and binaural soundscapes, having worked in neurofeedback and held artist in residence positions within the department of psychology of Greenwich University London & in CCNR in Sussex University. She has given workshops internationally and participated in Lucid Dreaming symposiums Hawaii and Holland.